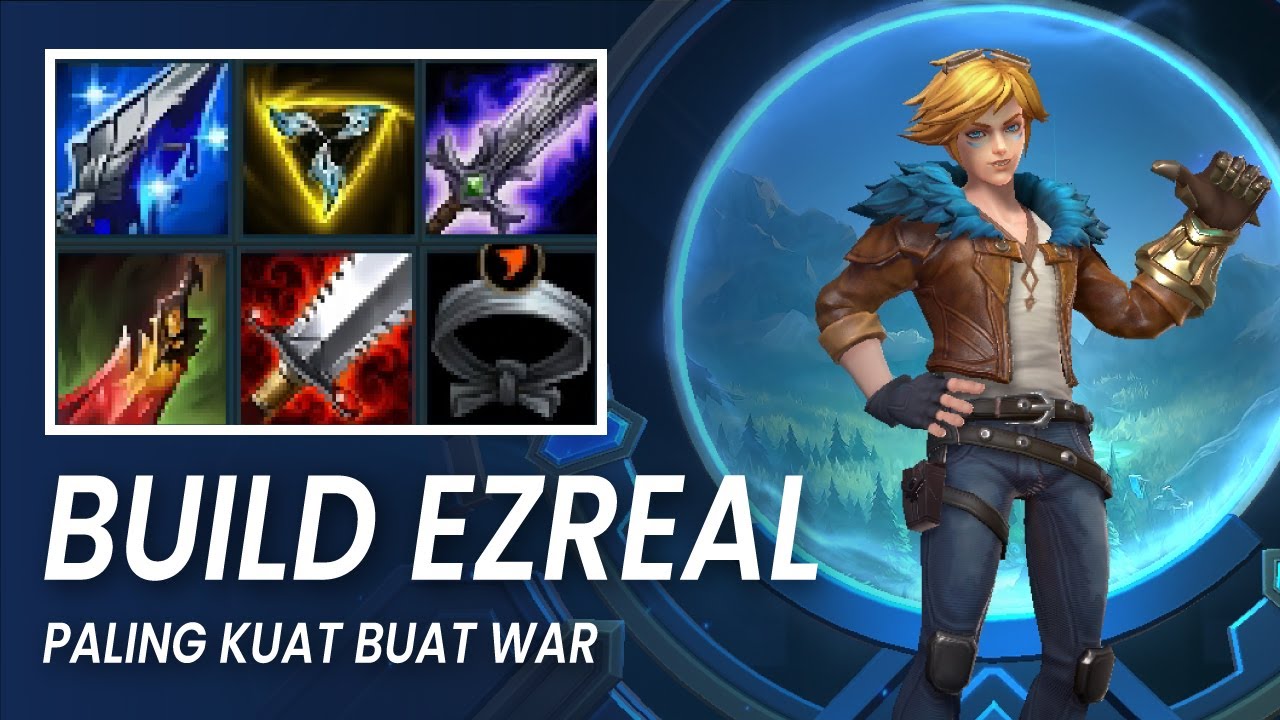 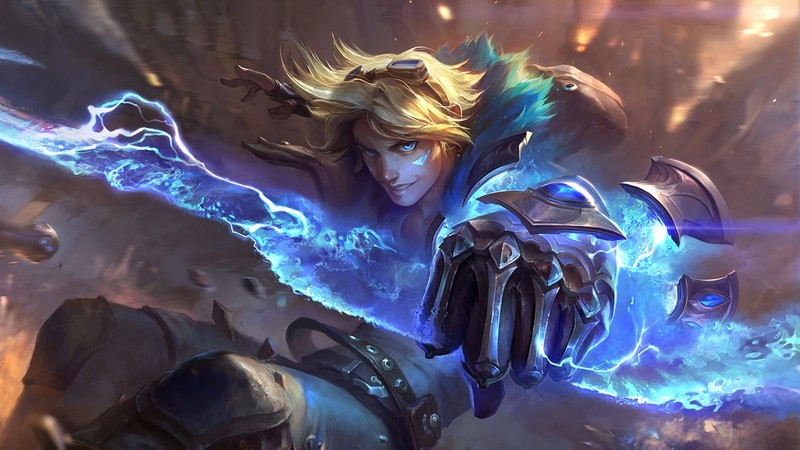 In this League of Legends: Wild Rift Ezreal guide you'll find everything you need to know about the champion, from his skills and how to allocate them to his build, skill combo, and runes. Here is what you will find in the Ezreal guide below: 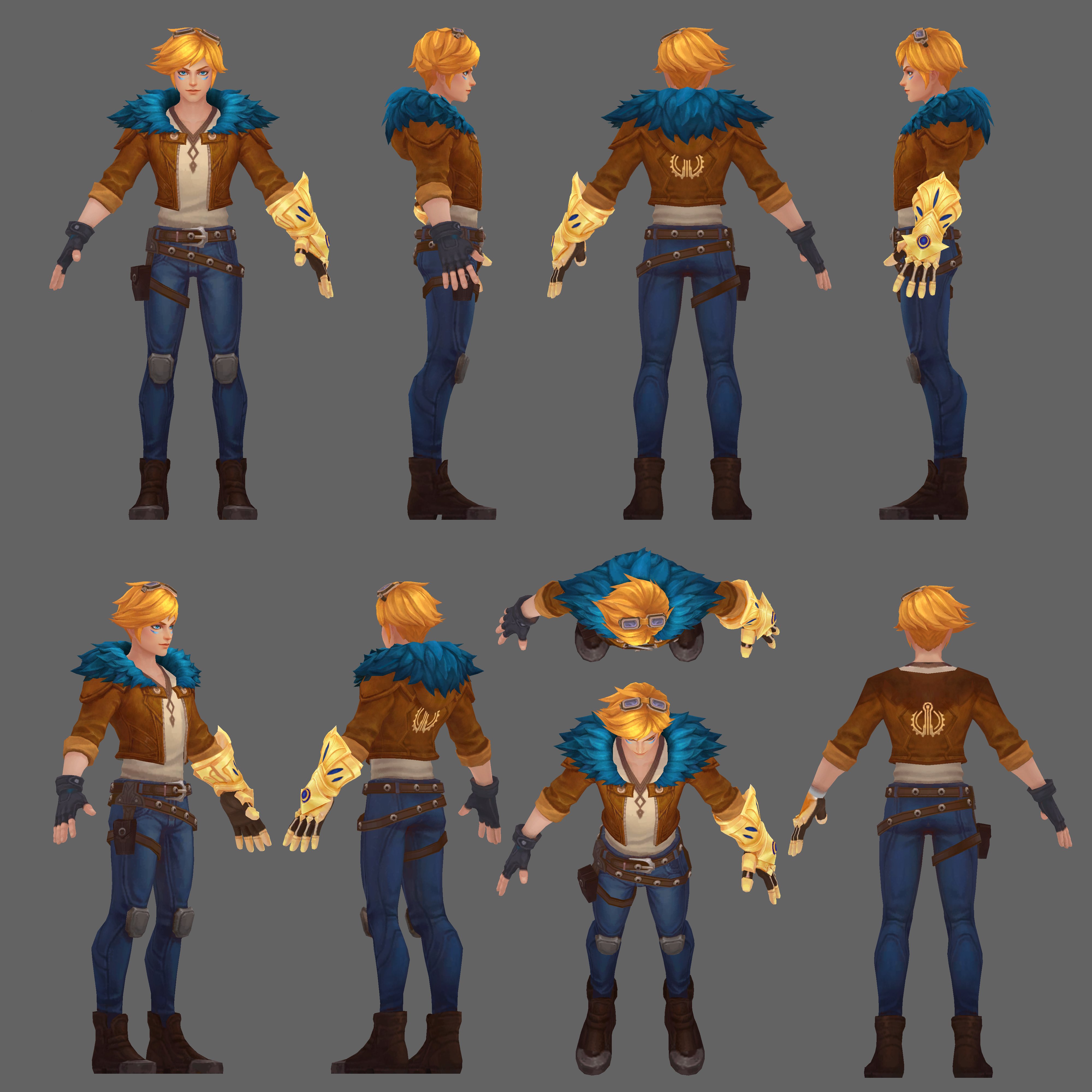 Ezreal is one of the few marksmen with a powerful kit that almost makes it more convenient to focus on a single target, rather than on multiple enemies. The Prodigal Explorer is the next champion on our list, and if you've played him before, then you probably know how incredibly fun and exciting it is to play him!

Ezreal is one of the only two marksmen that can fully disengage a Blitz pull because his Skill 3 basically gives him unlimited Flashes. But all that comes with a price - Ezreal has no crowd control skills at all (not even a slow), and all of his abilities are single target, except for his Ultimate, which can hit multiple enemies if it's targeted correctly.

Make sure you stay up-to-date with our latest Wild Rift strategy guides, tips and tricks by checking out our League of Legends: Wild Rift hub.

Ezreal gains increasing Attack Speed each time he successfully hits a spell, stacking up to 4 times.

Ezreal fires a damaging bolt of energy which reduces all of his cooldowns slightly if it strikes an enemy unit.

Ezreal fires an orb that sticks to the first champion or objective hit. If Ezreal hits an enemy with the orb, it detonates and deals additional damage.

Ezreal teleports to a target nearby location and fires a homing bolt which strikes the nearest enemy unit. Prioritizes enemies stuck with Essence Flux.

Ezreal winds up before firing a powerful barrage of energy that deals massive damage to each unit it passes through (damage is reduced for minions and non-epic monsters).

How to combo as Ezreal:

Most of Ezreal's combos rely on his auto-attacks and Skill 2 to proc and deal increased damage. Also, since you'll buy Trinity Force or Iceborn Gauntlet (Sheen-based items) you want to proc that as often as possible. Here are a few combos you can use for increased damage or damage and repositioning:

There are many other variations of these combos, so make sure that you do your best and try to proc as many empowered auto-attacks as you can, for the utmost damage.

In what order to level up the skills?

On Ezreal, you want to max out your Skill 1 first, then Skill 2, and finally your Skill 3.

Keep leveling Skill 1 until it's maxed, then focus on Skill 2, and lastly on Skill 3. Of course, whenever you can, you want to add 1 point into your Skill 4 (ultimate).

Heal: Restores 80-360 Health and grants 30% bonus Movement Speed for 1 second to you and the most wounded nearby ally champion. Healing is halved for champions recently affected by HealFlash: Teleport a short distance forward or towards the aimed direction.

Many runes can work on Ezreal, and that's why Kleptomancy is a great choice. His auto-attacks will proc Kleptomancy very often, giving Ezreal various power spikes during the laning phase. However, for the late game, you can also look at Conqueror, which could work better in certain situations.

Item-wise, you should always try to get a Sheen-based item (Trinity Force, Iceborn Gauntlet, Luden's Echo) - these items have a very good synergy with Ezreal and take advantage of his passive and short skill cooldown alike.

Gluttonous Quicksilver is one of the best options on Ezreal since you'll need a means of dispelling crowd control effects.

Gluttonous Stasis is a very situational item that can work only if there is a Zed or another powerful assassin that can easily dive and one-shot Ezreal.

If you would like to examine if Ezreal is currently in meta, check out our Wild Rift Tier List!

Want more?Check out our 75 otherWild Rift tips, guides and walkthroughs!

Wild Rift champions - Every character in the game